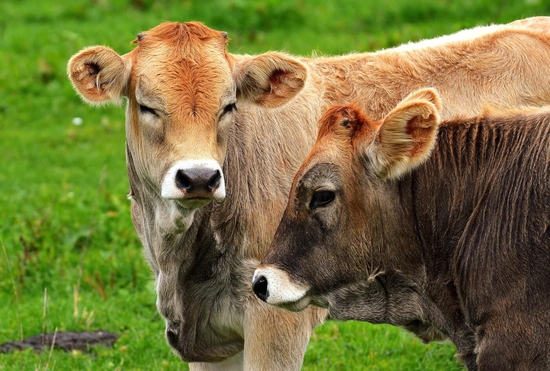 Some diseases are like this in infectious diseases. Who have no treatment. In such a situation, prevention is the best and only way to avoid treatment. The treatment of animals suffering from infectious diseases is also very expensive. Veterinary doctor is also not easily available in the village for treatment. Even if the animal suffering from these diseases is treated with treatment, they can survive. Even then, the quantity of their milk becomes very less. Due to which the farmers suffer more financial loss. Essential for the prevention of infectious diseases. That preventive vaccines should be administered every year in the animals within the stipulated time. Only then can these diseases be controlled. 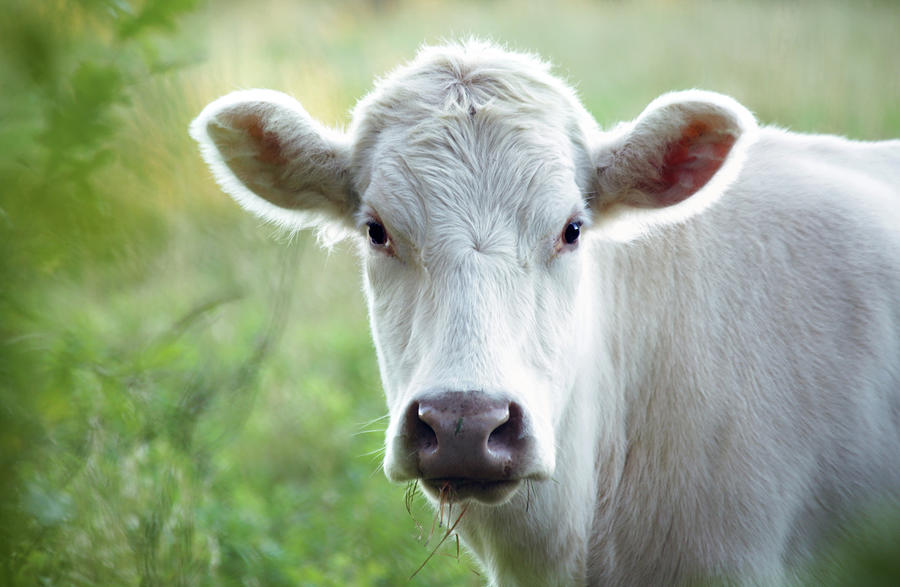 It is an infectious disease spread by viruses. Which occurs in all ruminant animals. This disease can happen to cow, buffalo, sheep, goat, pig and other animals at any time of the year. This disease spreads more in hybrid cows. The main symptoms of this disease are the presence of ulcers in the mouth, limping of the animal and constant salivation from the mouth, etc. It is also a fatal disease. If the sick animal is not treated promptly, it may even die. To prevent this disease, the animal should be vaccinated every six months. And in case of disease outbreak in the animal, the veterinarian should be contacted immediately.

This disease troubles cows and buffaloes more. Sheep and pigs also get this disease. Its outbreak occurs mostly in the rainy season.

Symptoms – Body temperature rises. And the animal becomes lethargic. The throat of the sick animal swells. Due to which there is difficulty in swallowing food. Therefore the animal stops eating and drinking. The animal also has a lot of difficulty in breathing. Some animals also have problems with constipation. And after that diarrhea also starts. The sick animal dies within 6 to 24 hours. Saliva falls from the mouth of the animal.

Medicine – It is necessary to adopt all methods of prevention and prevention of infectious diseases. And get the sick animal treated immediately. It is beneficial to secure the cattle by installing the hinge of the preventive before the rainy season. The arrangement for its free vaccination has been made by the department.

This is a very dangerous disease spread by bacteria. In the villages, this deadly disease is also known as splenic fever, apart from Guilty disease. Baaghi is also known by other names. In English language it is called anthrax. It is spread by a bacterium called Bacillus anthrax. This disease occurs in cow-buffalo, sheep, goat, horse etc. In healthy animals, this disease spreads through the grain - fodder, hair - wool, leather, breath and wounds of the sick animal.

The chances of survival of the animal in this disease are very less. Apart from cow buffalo, this disease also spreads in bullocks. The bacteria of this disease enter the animal's body through feed – water and wounds. And soon the blood (blood) spreads inside. And contaminate the blood. When this is destroyed, the animal dies. The bacteria of the disease come out of the body with urine, dung and bleeding of the animal and contaminate the fodder eaten. Due to which other healthy animals also get this disease. Therefore, these sick animals should be kept in the field outside the village. When the disease becomes severe, bleeding starts from the mouth, nose, ears, anus and vagina of the animal. The sick animal groans. And kicks his feet. In this state of illness, the animal can die. Keep in mind that the sick animal should never be vaccinated when it is sick.

This disease is also known in different regions by the names of langdi, sujka, poison etc. It is a contagious disease of cow and buffalo. This disease spreads mostly during the rainy season. In healthy animals, this disease is spread through the feed of the sick animal or the wound of the animal.

Sudden high fever in the animal. Lameness in the legs, swelling in it, loss of appetite, constipation, gurgling sound somewhere under the skin, and milk oozing are the main symptoms of this disease. Vaccine vaccines should be administered annually to prevent this. Calves and calves should be vaccinated before the rainy season at the age of six months. This vaccine is given only till the age of 3 years. Veterinarian's help should be taken as soon as symptoms of the disease appear. Source: Department of Agriculture, Cooperation and Farmers Welfare, Government of India. 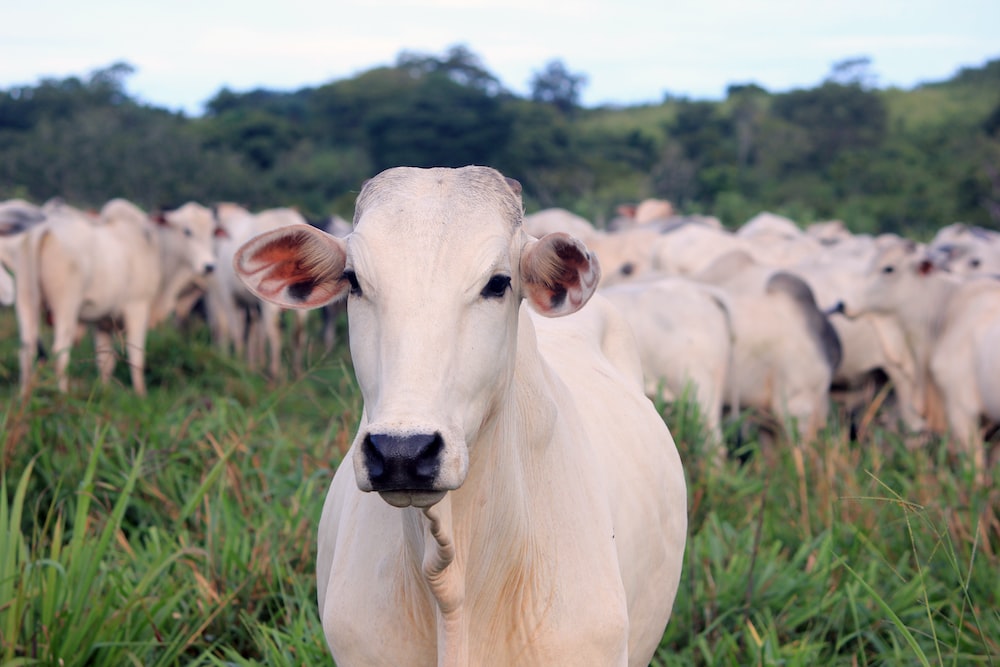 This disease is known in the village by names like Pokani, Pakavedan, Paknimanta, Vedan etc. This disease occurs in all ruminant animals. The main symptoms of this disease are high fever, loss of appetite, decrease in milk production, ulcers under the tongue and on the gums. In this disease the eyes of the animal become red. And thick yellow colored mud starts flowing in them. Thin diarrhea mixed with blood and sometimes blisters also appear on the nose and vagina. Rinderpest is a type of viral disease. If any animal shows symptoms of this disease. So the vet should be contacted immediately. To prevent this disease, timely vaccination of animals is very important.

To protect the health of human beings, there is a need to be very careful from this disease. Because this disease can also infect humans living in contact with animals or using milk.

Symptoms - The animal becomes weak and lethargic. Sometimes blood comes out of the nose. There may also be a dry cough. Loss of interest in eating. And his lungs swell.

Medical – Management should be made to prevent infectious diseases. When in doubt, after conducting an animal test.

Make sure to keep it separate. It is advisable to send the sick cattle to the cow house as soon as possible. Because it is an incurable disease.

Symptoms – The udder becomes hot and red, swelling in it, increased body temperature, loss of appetite, reduced milk production, change in color of milk and coagulation in milk are the special symptoms of this disease.

Medicine – Light and digestible diet should be given to the animal. The swollen place should be baked. Antibiotic medicine or ointment should be used in consultation with the veterinarian. Cattle affected by Thaneail should be milked last. 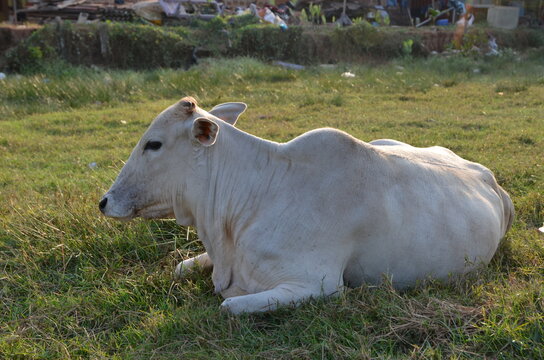 Milk cow, buffalo or goat is affected by this disease. This disease makes its prey only to more milch animals. The symptoms of milk fever usually appear within 24 hours after delivery.

There are two reasons for this disease – sudden feeling of cold and the presence of germs in the stomach. In this there is inflammation in the intestine.

Pneumonia occurs in cattle that are continuously soaked in water or kept in open spaces during winter. If animals with excessive hair are not wiped properly after washing, then they can also get this disease.

Injuries to animals are common. Cattle get injured due to grazing barns and thorns, cutting from bushes or any other kind of injury. The bull gets a wound even if the plow is plowed. And the cultivation of farmers gets ruined. The rubbing of the tails on the shoulders of the bull also causes swelling and wounds.